For most of its history, the United States excluded people of color from its main pathways of opportunity and upward mobility, causing deep inequities across many aspects of life. But we can imagine a more equitable future in which structural racism—the policies, programs, and institutional practices that generated inequitable outcomes—and its consequences are remedied.

Since our nation’s inception, racist policies and practices have been carried out by leaders who wrote and spoke about equality while engaging in the purchase, bondage, and sale of people of African descent. Periods of progress have often been followed by periods of backlash. Abolition and the Civil War were followed by Jim Crow laws, white mob violence, and lynchings. The civil rights movement and key legislative accomplishments were followed by cuts in federal antipoverty programs and the acceleration of mass incarceration. The election of our first African American president has been followed by a curtailment in policies that enforce fair housing, reduce inequities in the criminal justice system, and protect consumers from predatory lenders.

— Jemar Tisby, author of  The Color of Compromise and president of The Witness, a Black Christian Collective

Looking ahead, disruptive forces—like technological innovation, increasingly frequent and severe climate events, and global economic pressures—could further widen today’s equity gaps. And while many Americans are excited and proud about the demographic changes making our nation more diverse, some fear they may be losing familiar positions of power, social roles, and ways of life.

In the face of these profound challenges, civic leaders, advocates, elected officials, and philanthropists are taking action and advancing bold ideas to promote equity and expand access to opportunity. We focus here on solutions aimed at closing the wealth gap, providing quality public schools in all communities, closing gaps in employment and earnings, and ending punitive policing.

By no means are these the only challenges to racial equity that warrant serious attention, but all four play crucial roles in hindering people’s prospects for upward mobility. We are optimistic that meaningful progress toward achieving these goals can help tear down other barriers to an equitable future.

Here, we pay attention to the policies and practices that have systematically disadvantaged Black people while recognizing that all people of color have experienced unique and profound injustices. The potential solutions we describe are not limited to Black communities; they offer the promise of closing persistent equity gaps for all people of color. 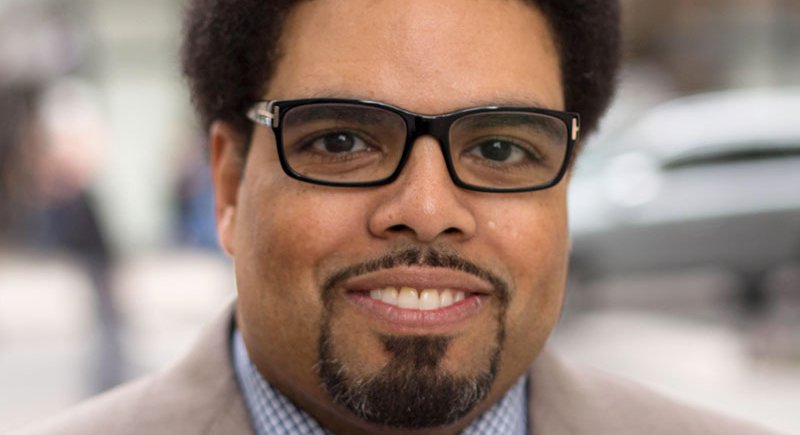 “The ability of some to receive a transfer of wealth … is a driving source of economic inequality for most of America. Through baby bonds, we create a birthright to capital.”

— Darrick Hamilton, Executive Director of the Kirwan Institute for the Study of Race and Ethnicity

The enormity of the wealth gap between Black families and white families illustrates the lasting effects of racist policies and practices. Closing this gap would enable all people to invest in their own and their children’s futures, buy a home, get a quality education, and save for a secure retirement.

These solutions are largely designed to change people’s financial behaviors. But the racial wealth gap is driven by structural barriers, not individual choices. To overcome the enduring consequences of structural barriers to wealth building, policymakers and advocates have proposed giving every child an equitable allocation of wealth at birth through baby bonds, an expansion on children’s savings accounts. When those children become adults, they can use the money to pay for such assets as higher education or a home. 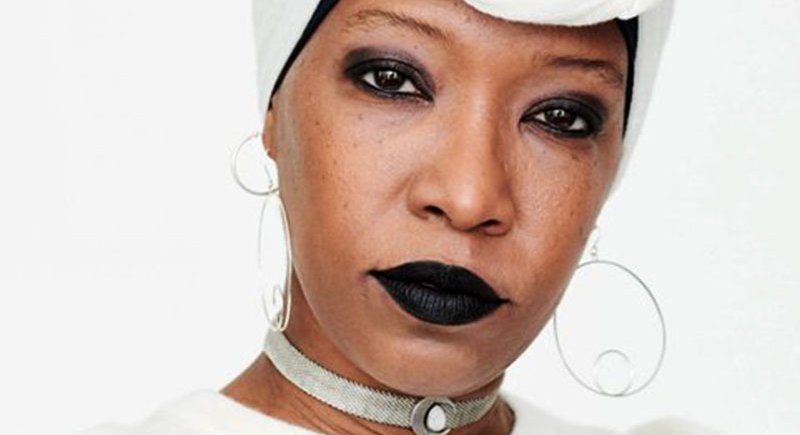 “In many communities, there is little prospect of equity for students from low-income households and students of color because local, state, and the federal governments are not investing in the right of all children to learn.”

— Zakiyah Ansari, Advocacy Director for the New York State Alliance for Quality Education, in “Kerner at 50: Who Will Be Bold and Courageous? Confronting Racism and School Funding Equity,” Learning Policy Institute

Disparities in school quality and educational outcomes engender racial disparities in employment, earnings, health, and quality of life. Quality public schools in all communities would ensure that every child has a solid educational foundation to help them succeed in a 21st-century economy.

Many strategies for narrowing education gaps aim to improve the quality of schools attended by children of color, such as recruiting more Black teachers and reducing class sizes. Some cities, like Washington, DC, and New Orleans, have turned to charter schools to increase equity and student achievement—but evidence is mixed on charters’ effectiveness. School vouchers also offer the promise of giving families more choices, but the evidence there is mixed as well. Moreover, both charter schools and vouchers could ultimately lead to greater inequality for students left behind in failing schools.

Some advocates argue that reforming the education finance system may hold the most promise for narrowing education disparities. Public school funding relies heavily on local property taxes. Deep disparities in the tax bases between Black and white communities put many primarily Black schools at a funding disadvantage. Currently, federal assistance for lower-income school systems does not close this gap. 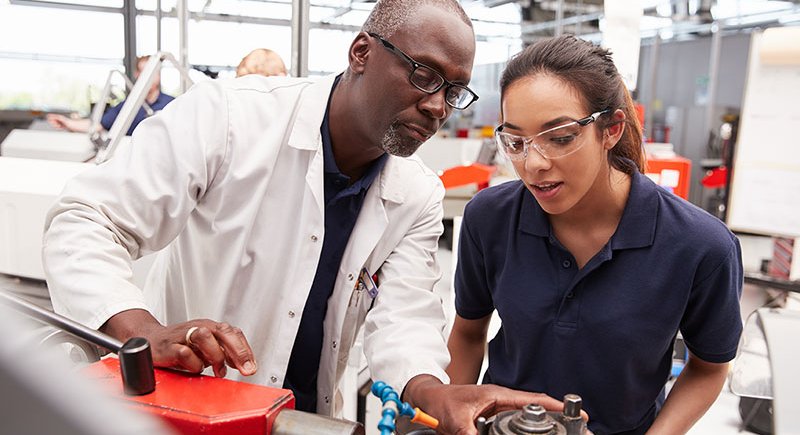 “Ensuring the dignity of a good job with fair pay and benefits to all Americans should be the top priority of our elected leaders.”

— Lee Saunders, President of the American Federation of State, County and Municipal Employees

Inequities in employment and earnings reflect a host of structural disadvantages and discriminatory practices, including racial discrimination in hiring, the decline of unions and worker protections, and the loss of job prospects as a result of mass incarceration. Closing employment and earnings gaps would provide people of color with the dignity and security of a quality job, the opportunity to contribute to the nation’s prosperity, and the resources to support their children’s well-being and prospects.

Job training, apprenticeships, and strategies for lifelong learning can help workers build their skills and education. Laws and regulations can fight segregation and discrimination in the workplace. And employers have pursued strategies to attract, promote, and retain employees of color. Efforts across all these domains have opened doors for some Black workers, but the disparities in unemployment, pay, and occupations remain large and persistent.

As a result, interest in an old idea—job guarantees—has been renewed. The scale of current proposals varies widely. 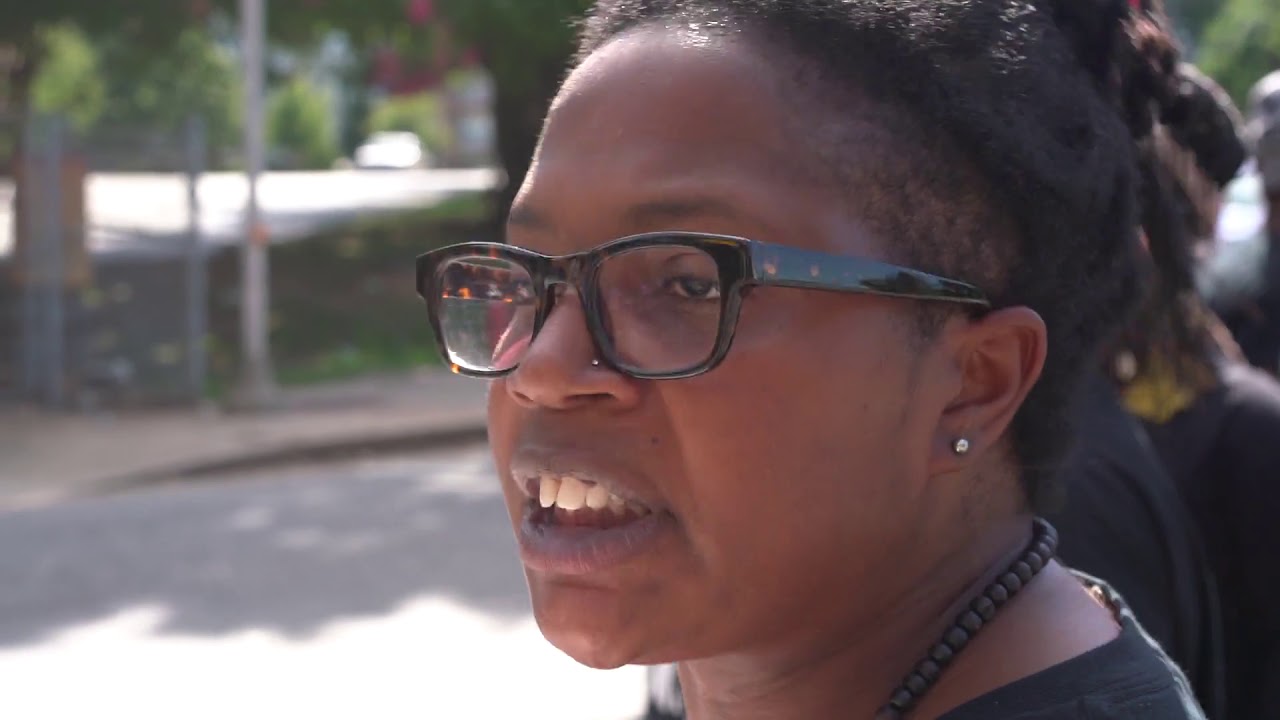 Advocates call for pulling resources from policing and court systems that harm the Black community and investing them in community-based public safety initiatives.

Race-coded criminalization has resulted in sobering disparities at every stage of the criminal justice system: law enforcement, prosecution, defense, courts, and corrections. These inequities stem from a long history of intimidating disciplinary policies and destructive stereotypes. Ending punitive policing would make communities safer and would represent a step toward reimagining a more equitable justice system.

Strategies around criminal justice system reform being tested at the federal, state, and local levels include mandated police training on implicit bias, policies and reconciliation processes intended to build public trust in law enforcement, and greater transparency with such tools as body-worn cameras.

But these strategies do not explicitly address the legacy of racism in law enforcement.

Drawing upon interviews with a broad array of thought leaders and changemakers, we have identified three priority strategies for knowledge-building that would inform and accelerate solutions to overcome the legacy of structural racism and close the profound equity gaps that persist today.

“I have met so many incredible and effective leaders all over the country…that with a little bit of data capacity would be able to shift power and win real concrete and measurable change in the lives of black people in their community.”

Advocates for bold remedies and policymakers considering the enactment of these remedies face questions about costs, feasibility, and near-term impacts. By definition, these proposed solutions call for ambitious changes in the distribution of public funds or in the roles of public and private institutions. As a consequence, questions about whether and how these solutions would work and at what cost can’t be answered with existing data or evidence from more incremental interventions.

Rigorous demonstrations that test potential remedies on a small scale or in selected locations can answer these questions by documenting costs, monitoring implementation challenges, and measuring outcomes over several years. Pilots and demonstrations can take multiple forms, including

Model “what if” scenarios

Pilots and RCTs take time to complete, and state and local elected officials often need faster estimates of how a proposed new policy will likely play out. And even the strongest demonstration projects can’t answer questions about the “ripple” effects of a systemic remedy. For example, how would baby bonds affect homeownership rates and subsequent wealth-building from home value appreciation? How would changes in policing and sentencing practices affect employment and earnings?

Microsimulation models could answer these challenging “what if” and “what would it take” questions, forecasting how equity gaps could be narrowed by major reforms to systems and policies, as well as through the cumulative effects of more incremental investments across domains and over time. Current powerful microsimulation models could be enhanced and leveraged to address issues of structural racism. For example,

“While a significant public investment, the baby bonds proposal starts to look pretty inexpensive weighed against the costs of massive and widening wealth inequality and dwindling social mobility.”

Too often, policymakers have information about the budgetary costs of a potential remedy, but not about the costs of inaction or the long-term benefits of investment. This asymmetry argues against bold action or disruptive policy change because it focuses the policy discussion on only one type of cost.

Cost-benefit analyses can fill this knowledge gap if they value the long-term pay-offs from a proposal alongside its costs. With these findings, policymakers can make more fully informed decisions about the trade-offs between near-term costs and long-term benefits, or about the often-unacknowledged costs of doing nothing. Strategies for producing high-quality cost benefit analyses include