Using Housing to Fight Discrimination against People with Disabilities 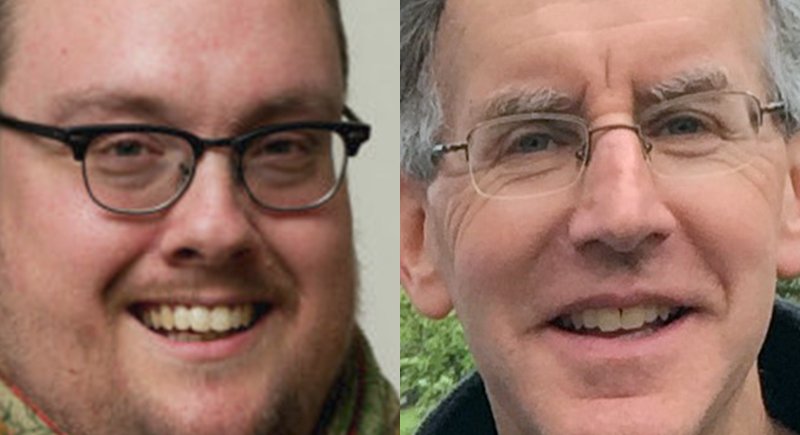 People with disabilities need affordable and accessible housing that is integrated into the community to live fully engaged and independent lives. Access Living disability rights advocates Adam Ballard, housing and transportation policy analyst, and Kenneth M. Walden, managing attorney, talk to us about how housing also plays a critical role in combating discrimination and breaking stereotypes.

Access Living advocates for housing that is not only affordable and accessible to people living with disabilities but is also “integrated.” What is “integrated housing,” and why is it important?

Adam: So much of the disability housing that exists today is in some sort of segregated setting, whether it’s nursing homes, congregate care facilities, group homes, or other settings designed only for people with disabilities. In contrast, integrated housing is housing that is integrated into the fuller community, with the same range of housing options available to people without disabilities.

Ken: When housing is segregated, it reinforces negative stereotypes about people with disabilities—that the disabled community has to be set apart, that it must be approached in a charitable way. Segregated housing implies that the population is housed, even warehoused, whereas integrated housing is about living in a community.

Adam: The push for integrated housing is our way to push back on discrimination against people with disabilities. Often that discrimination is rooted in charity or paternalism; we call it “ableism.” And while that seems on the surface to be less violent or aggressive than other forms of discrimination, the impact on us is the same, even if people are well meaning.

Ken: That attitude of feeling sorry for someone living with a disability, that pity, is really hard to overcome. And for some reason, as a society, we are ok with segregated housing for people with disabilities, even though we would never be ok with segregating any other population.

Is it true, then, that for people with disabilities, access to affordable, accessible housing is especially important because it is critical to being able to live independently?

To move out of institutional settings into independent living, individuals with disabilities need access to appropriate, customized services and also to the right housing. In the disability community, we have done a good job raising awareness of the services piece. Medicaid and Medicare fund services that support independent living, even though that system remains imbalanced and biased toward institutional placement. But as a community, we have been slower to recognize the important role that integrated housing plays in making real independence happen.

Adam: At Access Living, we believe that with the right support, and right community of care, anyone can adequately live a meaningful life, and that means having the same access to housing as anyone else, regardless of the type or severity of the disability. The focus shouldn’t be on who can or can’t live in a community but rather what services are needed to support that individual to live in integrated housing.

Where do you see the most opportunity to increase the availability of affordable, accessible, and integrated housing?

The majority of people with disabilities are poor, usually because we are massively underemployed or unemployed. One way to make this housing more affordable is through inclusionary zoning. But here in Chicago, for example, inclusionary zoning isn’t as useful as we would like because it’s easy for a developer to pay a fee to avoid providing affordable units onsite, and that fee is less than the cost of building an affordable, accessible unit. Right now, we are supporting legislation to close that loophole and to change how Chicago allocates its affordable housing resources to create accessible units, especially for developments receiving federal funds.

On the other side are housing choice vouchers, made available through a federal program that provides rent subsidies to help those with low incomes afford rent in the private market. However, the private, affordable housing stock is mostly old, so when it was built, it was not subject to the new construction requirements of the Fair Housing Act or other civil rights laws and is therefore largely inaccessible. One way to make existing affordable housing more accessible would be to increase funding for home modifications that would enable residents with disabilities to make bathrooms, kitchens, entrances, and the like accessible.

Under the Fair Housing Act, landlords are required to let tenants make the necessary modifications to be able to live in the unit, but we need revenue streams to help tenants and landlords fund those modifications. Funding would be especially helpful for the small, “mom and pop” landlords who often own the units in need of the modifications. It’s worth noting that in Chicago, both the City and the Chicago Housing Authority have funds available for people who want to make accessibility modifications, but the demand far outstrips the supply.

Ken: A few municipalities have stronger accessibility requirements in their building codes, which is helpful. But we don’t know of any that provide robust funding for modifications. Yet there is huge demand. Roughly 5 percent of the nation’s housing stock is accessible to people with moderate mobility-related disabilities, and less than 1 percent is accessible to people who use a wheelchair full time.

What research would help you to take your work to the next level?

Adam: We’d like to better visualize the data we have. For instance, a map that can clearly show where the mismatch is in Chicago between affordable and accessible housing, a map that is as clear as the powerful ones that exist to illustrate racial discrimination in housing. We all know that there are long waitlists for subsidized housing and for vouchers, but a map would show how stark the mismatch is in the market and why it’s imperative to expand the availability of accessible, subsidized housing.

We also need more data to continue making the case that solely market-based solutions are unlikely to ever fully meet the true demand for affordable, accessible, integrated housing. Public reinvestment on a large scale is needed to stabilize housing options and bring real equity to everyone, including people with disabilities.

Related research:
Housing Discrimination in the Rental Housing Market Against People Who Are Deaf and People Who Use Wheelchairs: National Study Findings