How Unions Improve Job Quality and How to Rebuild Collective Bargaining

Despite a decades-long decline in unions, a new wave of organizing is taking place nationwide. For instance, fast-food workers are attempting to unionize while also pushing for a $15 minimum hourly wage. Teacher strikes and protests are widespread. And digital and legacy media journalists are unionizing to have more say about their jobs and work environments. We talk to the Economic Policy Institute’s Distinguished Fellow Lawrence Mishel and Director of Government Affairs Celine McNicholas about unions, how they affect workers’ job quality, and what it will take to rebuild collective bargaining. 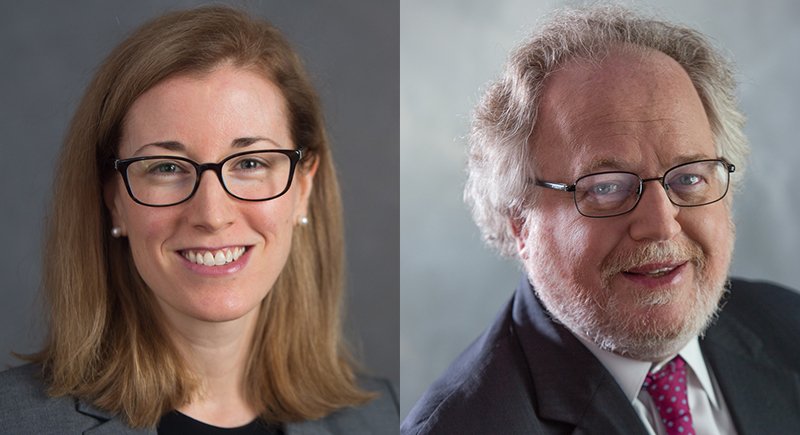 What role do unions play in terms of workers’ job quality?

And what about workers’ incomes?

Mishel: Wages for a typical worker have grown very little over the last 40 years. Outside of when we’ve had very low unemployment, wages have not risen faster than inflation. You can call that wage stagnation. I call it wage suppression. It comes from the conscious efforts of policymakers and firms to maintain control over the wages of the both the blue-collar and the white-collar workers they employ. The erosion of union strength has been a major contributor to wage suppression, especially for middle-wage men.

Mishel: Unions pick up wages for their members, let’s say, roughly 15 percent relative to nonunion workers, but unions also have a huge effect diminishing the inequality between workers. Unions tend to raise the wages of low- and middle-skilled workers more than that of the more skilled and educated workers. Secondly, you’re more likely to be unionized or have collective bargaining if you’re in the middle than if you’re at the top. Third, when you’re in a unionized sector, people who do the same work get the same pay. There’s less inequality of people who are similar. Plus, where unions have been strong, they also have set the pattern for nonunion workers in the same occupation or industry so that the loss of union strength forces nonunion wages down.

What forces have contributed to the decline of collective bargaining?

McNicholas: Just as there’s been this economic shift of growth for the top 1 percent, there’s been a shift in power in the workplace. It’s gone to employers and corporations. As a result, workers face an incredible amount of opposition when they attempt to organize. I think the traditional feeling that if you want a union, you hold an election, you get a majority of folks to say they want a representative in the workplace, and then you bargain to a contract—none of that is actually accurate in terms of what plays out on the ground. The law is just inadequate to satisfy the preamble of the National Labor Relations Act, to promote collective bargaining, and to have workers have a collective voice in the work place.

There’s no private right of action under the act; an individual cannot sue to protect their rights. We’re at the mercy of the National Labor Relations Board, essentially a political entity. If you go to the agency to get justice because you’ve been fired for trying to organize your workplace, and the general counsel’s regional staff says, “Hey, we don’t actually think there’s merit here,” there’s literally nothing else you can do. You are precluded from taking any other action under the law.

Mishel: Too many people think that the erosion of unions is a reflection of globalization and the shrinkage of manufacturing. It’s certainly true that unions in manufacturing have declined quite precipitously, but it’s also true throughout the rest of the private sector in hotels; in industries that have nothing to do with globalization, like meat packing; in supermarkets; in construction; in utilities; in telecommunications; even in hospitals. It’s across the board in the private sector, and it’s not because unions don’t—and collective bargaining doesn’t—fit into a modern economy. It’s that our laws governing collective bargaining are outmoded and insufficient.

What efforts are being explored to help revitalize collective bargaining?

McNicholas: I think the most comprehensive reform effort in the last 40 years is the bill that was introduced by Senator Patty Murray and Representative Bobby Scott in the House. It’s the Protecting the Right to Organize Act. It would hit on the private right of action element that we discussed earlier. It would provide meaningful civil penalties. In addition, it actually has a very much reimagined right to strike.

Every labor law reform effort included in the bill would expand the right to organize and collectively bargain to freelance folks who have been traditionally excluded from employment protections, so domestic workers and others would absolutely get those protections.

There are also discussions ongoing among advocates about what more can be done that would alter the fundamental structure of the way in which workers bargain for wages and better working conditions.

Mishel: Shared prosperity is really about wages, because most families rely almost exclusively on their paychecks to get by. I don’t see any prospect of robust wage growth in the middle without a return to some form of collective bargaining. Otherwise, we’re stuck in a system where the only time people see wage growth is in the few years of persistent low unemployment we experience.

People sometimes speak to opportunity or mobility as a separate thing versus inequality. I think it is a sham to believe you can have equality of opportunity and mobility without lessening inequality, because mobility does not grow in environments of high inequality. We know that the countries with the least inequality are the ones with the most mobility. We know that the children who do the best in school are those who don't have to struggle with poverty and ill housing and parents that are stressed and parents that are working two jobs. Basic education—progress—depends upon having less inequality and robust wage and income growth for those at the bottom.

Last, even for those who believe that they’re interested in having people move up the ladders of opportunity, every ladder of opportunity has some rungs at the bottom. We have to be concerned about how people live when they’re in those rungs.

What kind of data or research is needed to support a revival in collective bargaining in the years to come?

Mishel: Parallel to the erosion of collective bargaining has been an erosion of a whole field of labor studies and industrial relations, and there’s a lot less research going on about union organizing or what happens during organizing or what’s happening in the collective bargaining trends, from both the employer and the union side and the worker side. There’s a whole gap of academic and policy research relating to these fundamental labor issues.