Helping Anyone Who Can Do the Job to Get the Job: A Conversation with Byron Auguste 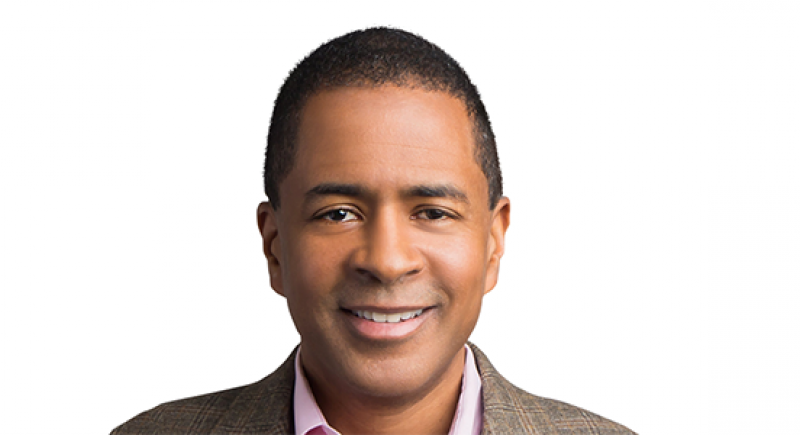 Today’s hiring practices are biased against people who do not have a college degree, says Opportunity@Work’s Byron Auguste. “We should not and cannot tell black people or women or older people that they can’t apply for a job. But employers can—and do—say that if you don’t have a bachelor’s degree, we don’t care about your skills. We don’t care what you can contribute. We won’t hire you.”

Auguste discusses the fallacies of modern hiring practices and strategies for fixing them.

What is the mission of Opportunity@Work?

Our goal is to make it possible for skilled workers without bachelor’s degrees to learn, earn, get better jobs, and really live up to their professional potential and earnings.

Over 100 million Americans don’t have a bachelor’s degree, but millions are “skilled through alternative routes,” such as a training program or community college. At Opportunity@Work, we call them “STARs.” These STARs have skills for jobs that could get to the middle class if the systems were in place to support them or, at the very least, not block them from showcasing their talents.

What do you mean when you say that systems are blocking people from using their skills?

Currently, bachelor’s degrees are required to be considered for a huge range of jobs. This is a relatively recent phenomenon, but it’s had huge consequences because it means that a lot of people who have the necessary skills to do a certain job won’t have a chance to get that job.

The fact that not everyone gets accepted to or completes college makes colleges a signal of quality to employers. But consider the implications of selectivity. If that’s the fundamental signal of “quality” used by employers, it literally depends on excluding people in a way that skills or performance as a signal would not.

Now, instead of college serving as a bridge to opportunity, it’s a drawbridge that’s been pulled up, blocking the people who haven’t completed a four-year degree.

We have gotten to a place in America where the policy landscape is so dominated by an almost mechanical idea of meritocracy that we assume someone in a low-wage job is low-skilled and that college is a measure of someone’s skills. But college is a measure of many things—wealth, social networks—so many of the things that go into being able to get a college degree have nothing to do with skills or talent.

At Opportunity@Work, we encourage removing bachelor’s degree requirements because they can keep people stuck in place, unable to get the type of job that could allow them to move into the middle class, osing their talents for employers and our economy.

When it comes to American workers 25 and older, around 40 percent of them have bachelor’s degrees. So if those degrees are a prerequisite for a job, we are saying more than 60 percent of adult Americans are not allowed to compete for those jobs. That requirement immediately rules out 76 percent of African Americans, 83 percent of Latinos, and 81 percent of rural Americans.

It says to them that no matter what skills they have, they can’t be considered for a position.

That makes sense but sounds hard to implement, given how entrenched the requirement is in current hiring practices. What is Opportunity@Work doing to help remove barriers to employment for people without a bachelor’s degree?

Our fundamental premise is this: if a keyword search, personal history, or pedigree, including a bachelor’s degree, is the only way to get a job, then people are stuck because you can’t change your pedigree without lying. But anyone can acquire new skills. We work to change the job market so that anyone who can do the job—who can get the necessary skills—can get the job. Most people are on board with that idea.

We help employers connect to more inclusive talent resources so they can reach more STARs and better understand which STARs are a good fit for open positions. We don’t ask employers to commit to hiring a certain number of STARs. Rather, we ask them to commit to screening in STARs instead of screening them out.

We work with the employer to identify roles where they would be open to hiring a STAR and the readiness indicators the employer would be willing to accept in lieu of a bachelor’s degree. Maybe they are interested in alumni from certain training or certification programs or people who possess certain training certificates. Employers often look for these credentials in addition to a bachelor’s degree, and we ask employers to consider them in lieu of the degree.

Or perhaps employers want an actual skills demonstration, so we are working on creating scenarios where STARs can demonstrate that they can code, for example.

And then the question becomes, what do employers need besides a qualified STAR to feel comfortable hiring a STAR? What do they need from their recruiting source?

An employer may want a background check, or they may want to start the position as a contract-to-hire, in which case the hiring agency that is screening applicants needs a way to do that. We try to identify all the employer’s needs up front to allow for a much faster matching process.

We know that employers tend to hire from certain sources: preferred referral programs, certain recruiting platforms, certain other companies. We are trying to mirror current practices because if a company has to hire STARs in a totally different way, that’s going to be very hard for them to do. We are aggregating access to the various inclusive providers of STARs talent and we hope to collapse the time required to find a suitable talent source to make it easier to hire STARs.

And even if the position ultimately isn’t filled by a STAR, now we have at least made that job visible to this market, and we can put more training behind it so next time it can go to a STAR.

I imagine some of the nation’s largest corporations won’t make these kinds of reforms because of the bureaucratic and operational challenges involved in reforming a relatively automated hiring system. What sort of response have you received from employers?

A large company can do a little bit of anything, but if it wants to do a lot of something, that something must be baked into the company’s standard hiring processes and enabled by software.

To make that happen, we are working with companies like LinkedIn, Workday, and others that play an enabling role in hiring and talent management. We want to get them to turn on an “inclusion mode” that is just as efficient as today’s default mode of exclusion.

But achieving market-wide scale must also involve public policy. Even though employer practices are at the heart of the matter, policy can play a big role in ensuring STARs and institutions which support their progress have the necessary resources to provide reskilling and other trainings.

For people without the “right” pedigree, the return on investment for training programs is often low because jobs aren’t available to the people who have received the training. If we open up jobs to STARs, the return on investment for skills training can be very high because people are moving into high-quality, well-paying jobs that can pave the way to economic stability.

People talk a lot about lifelong learning, but if the learning doesn’t lead to earnings, then the business model for that learning falls apart. We want to see a pay for success model that could pay training providers based on the success of their clients and could provide income support for STARs while they learn new skills.

Looking forward, what research would help progress your work?

Sadly, right now, STARs are in the shadows. We and our partners have worked with thousands of them, and we believe there are millions out there. But they are fundamentally invisible, in part because they aren’t accounted for by the Bureau of Labor Statistics.

It would be helpful to know how many STARs there are in America. A thorough count and coherent definition of the STAR population would help us align leaders and decisionmakers across sectors with a common language, fact base, and, eventually, a common goal to mobilize and frame actions on behalf of this important population.

Once we have these data, we can establish a return on investment for STARs and establish them and the opportunity/inclusive hiring effort as a viable mainstream business initiative worthy of sustained investment and focus. If the returns are clear from placing STARs in the right roles, more investment could be triggered in critical areas to scale existing efforts across sourcing, credentialing, on-ramping, hiring, training, onboarding, and retention.

If we can bring STARs out of the shadows and let them shine, we believe we could enable at least 1 million Americans to demonstrate their skills and get hired in a decade, generating a $20 billion boost in annual earnings for the entire country.