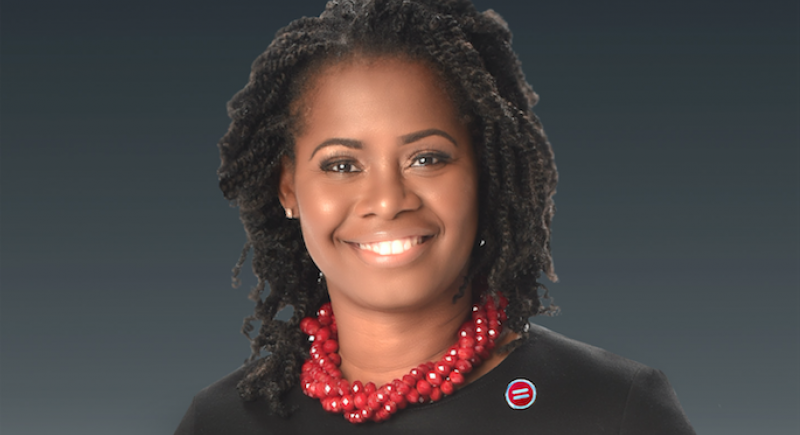 President of the Urban League of Broward County

Photo courtesy of the Urban League of Broward County.

Business ownership is a significant source of wealth and a potential avenue for narrowing the racial wealth divide, but entrepreneurship has its own racial disparities. In the United States, members of racial minority groups make up 24.4 percent of the population but just 14.1 percent of business owners.

Anchor institutions, large entities like universities and hospitals whose operations root them in specific places, can support the development of minority small businesses. In Fort Lauderdale, Florida, the Urban League of Broward County is leveraging anchor institutions’ market power by connecting small business owners to large organizations that are using a racial equity lens to reevaluate how and with whom they contract.

It began with a bold move by the school district superintendent, Robert W. Runcie. Broward County Public Schools is the country’s sixth-largest school district and the second-largest in Florida. In 2014, the district commissioned a study on the underrepresentation of minority- and women-owned business enterprises (MWBEs) among its vendors. The study examined trends throughout the Broward County area and documented evidence of negative stereotypes against MWBEs, a history of fraud and collusion in excluding MWBEs from subcontracting arrangements, discrimination in access to credit, and unfair denial of contract awards. These practices were not specific to the school system, but they made it difficult for minority and female entrepreneurs who might want to work with the district to start businesses, expand their operations, and secure work.

While minority-owned enterprises make up 53.3 percent of businesses in the area, they were prime vendors on just 37.4 percent of school system construction contracts awarded during the study period (2008 to 2013). If their representation among prime construction contract awardees had been proportionate to their share of businesses in the market, minority-owned businesses would have seen $38 million more in school-system contracts. Construction was just one sector where disparities existed.

Using these findings, Superintendent Runcie worked with other local leaders and legal counsel to develop race-neutral and race-conscious recommendations that the Broward County School Board adopted. Some of the race-neutral remedies included allowing the district to waive expensive bonding requirements for contracts valued under $200,000 and reserving contracts worth less than $50,000 for bids from small business enterprises only. Race-conscious policies included nonmandatory “aspirational goals” for the share of contracts awarded to MWBEs.

With these policies in place, a local nonprofit organization was ready to be a bridge between the school board’s more open and equitable procurement policies and the minority small business community. Germaine Smith-Baugh is president of the Urban League of Broward County (ULBC). She and her colleagues asked, “How do we take the assets we have and connect to the opportunities that are available at anchor institutions like the school board?”

ULBC’s Entrepreneurship Center became the obvious answer. Smith-Baugh describes the center’s services as “the three Ms”: access to money, management, and market—working capital loans, advising services, and business opportunities. With a grant from the Citi Foundation, the lead supporter of the Urban Institute’s Next50 initiative, ULBC became a gateway and a watchdog, pointing businesses to contracting opportunities with the school system while pointing out any needed improvements to the Supplier Diversity Outreach Program. ULBC vets businesses interested in bidding on work; helps them secure necessary vendor certifications; provides loans for working capital; in collaboration with the school system, it matches businesses to opportunities in the district’s contracting pipeline; and helps entrepreneurs navigate the system’s processes and remove bureaucratic obstacles.

Since full implementation of the revised policies began in July 2017, 16 Entrepreneurship Center clients have become certified vendors with Broward County Public Schools. One was recently selected for a $3 million contract to provide new copiers for the system.

“We are uniquely positioned to build the capacity of local businesses while holding anchor institutions like the school board accountable,” Smith-Baugh said. The school board’s willingness to evaluate and act on the best available evidence makes this accountability possible.

Other organizations are interested in the partnership. ULBC is discussing similar arrangements with Broward Health, a network of hospitals, and Broward College.

Smith-Baugh emphasizes the interinstitutional collaboration needed to face racial disparities and to close them. “We sat back long enough to listen to the issues small businesses were facing,” she says of the school board and its partners. “Then, we chose to do something about it. And now, there’s this constant iterative process where we ask ourselves, ‘How can we do this? How do we create more access?’”